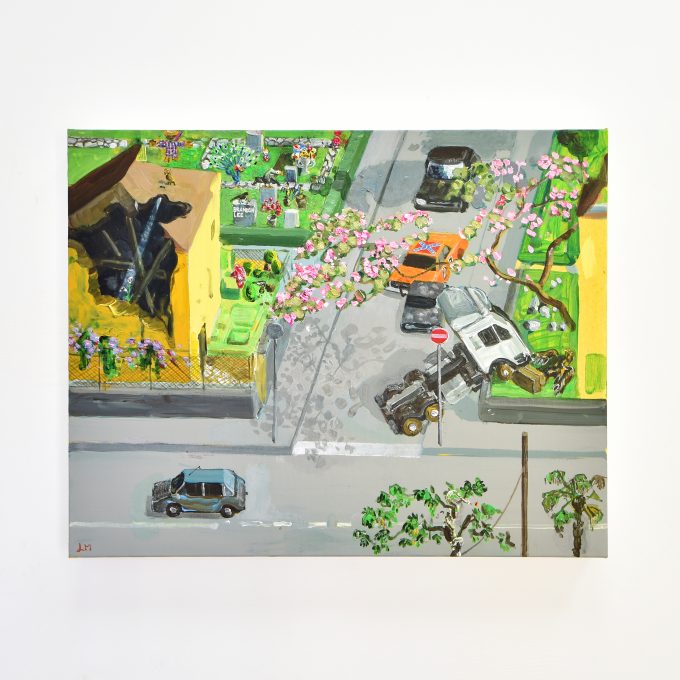 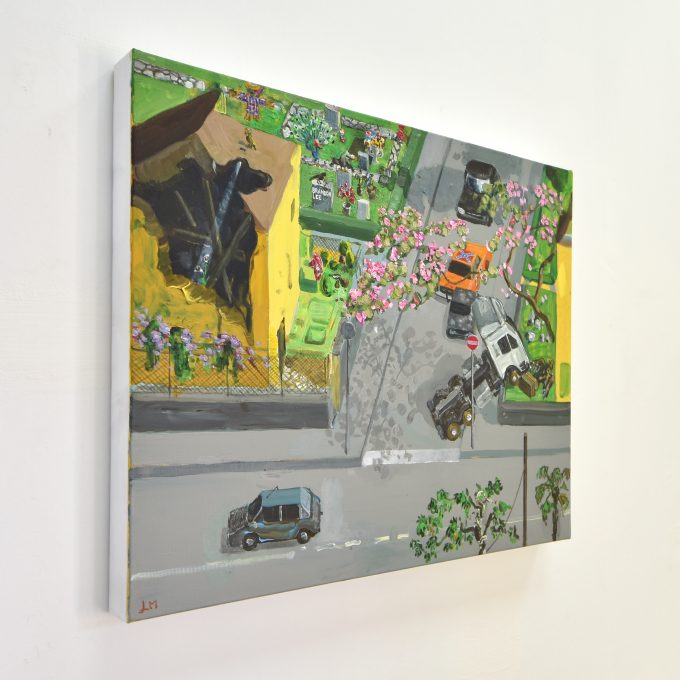 Acrylic painting on canvas. The title of the work refers to a double meaning: both the total leisure of the students as a sign of spring and the fragility and lack of awareness typical of youth. Various elements appear in the painting in which spring is in contradiction with the tragic dimension of existence, represented by a car accident and the grave of Brandon Lee, a well-known actor who died during the filming of the film "The Crow". An olive branch on the tombstone, some chocolate eggs and a white lily illuminated by a beam of light are references to the transcendent dimension, in which the raven from a negative sign becomes the actor's apparition, transfigured into the object of his representation.

Luca Migliorino was born in 1988 in Asiago, he lives and works in Padua. In his works, Luca Migliorino reworks elements taken from different moments in time, mixing in a dreamlike atmosphere cues provided by documentaries, travel magazines, postcards and film frames.