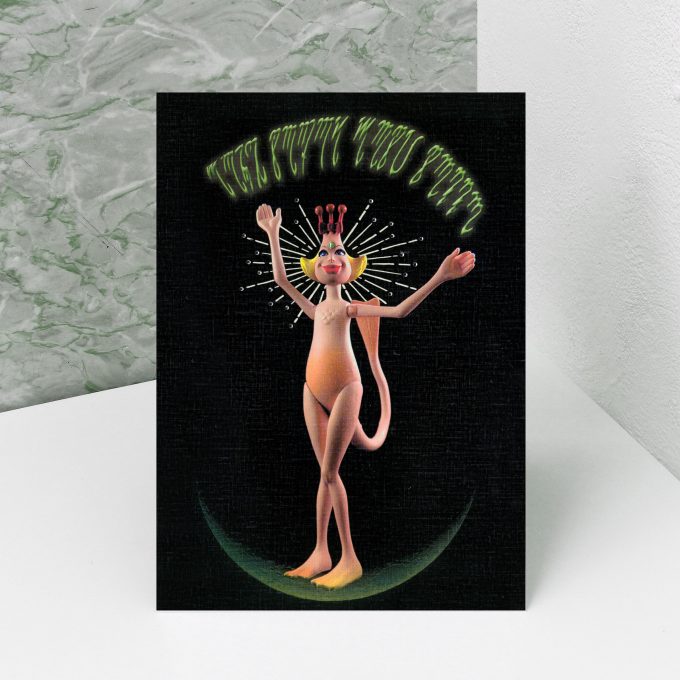 As above so below

Limited edition print on a special paper called "papyrus" In the work, the image of the queen of the sea monkeys, taken from a vintage advertisement, is transformed into a lunar deity with a magical connotation.

Tania Fiaccadori was born in Reggio Emilia in 1990, lives and works in Milan. In Tania Fiaccadori's research, the concept of persistent images is investigated through the hybridization of western and eastern symbols, passing from fashion design to underground and its subcultures. The works of Tania Fiaccadori show how rituality is present in the contemporary world, between differences and similarities with respect to the past.