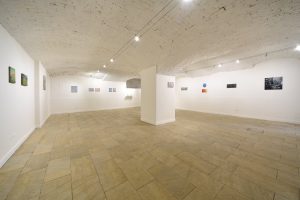 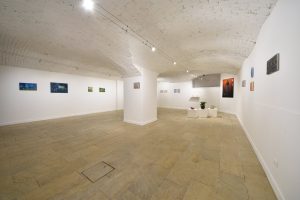 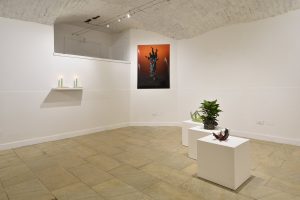 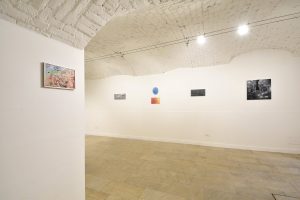 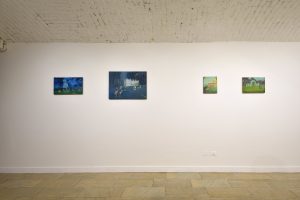 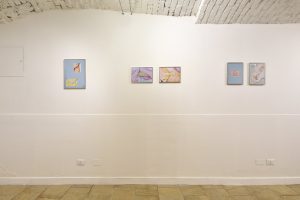 The group exhibition Weird Matter brings together the works of five artists with different languages and themes, united by the desire to express the complexity of reality by outlining hybrid and paradoxical forms. The title of the exhibition is taken from the hypothetical form of matter, present in various cosmological theories, which due to the gravitational force reaches a density close to that of black holes.

The research of Matteo Gatti (1989, born in Olgiate Olona, lives and works in Turin) develops around the overcoming of the centrality of the human being, with works that are the result of interventions of hybridization of elements natural and cultural. On display a new series of drawings in which the flow of consciousness leads to free associations, in a state of permanent dialectic that celebrates the conflict between opposite elements such as monstrous / seductive, artificial / natural, human / non-human, contemporary / archaic, macroscopic. / microscopic, rational / irrational, sentimental / bestial, real / imaginary.

Drawing inspiration from some forms of popular culture such as science fiction, horror cinema and mythology, in her recent works Naomi Gilon (1996, born in Arlon, lives and works in Brussels) creates fantastic forms in which the monstrous comes to life by breaking into everyday life, with forays into the fields of design and fashion. The body is portrayed in its possibilities of transformation, giving life to chimeras between the human and the animal. She is showing a series of ceramics and a print of the limited edition "Charmeuse de serpent".

In his paintings Bogdan Koshevoy (1993, born in Dnipropetrovsk, Ukraine, lives and works in Venice) outlines fantastic landscapes in which buildings of Soviet classicism stand, today abandoned and often in ruins, brought back by the artist to the their original splendor and inserted in naturalistic contexts animated by people who carry out enigmatic activities. The result is a parallel world in which different memories are added which, decontextualized from the original environment and painted with unreal colors, form scenes with hallucinatory tones.